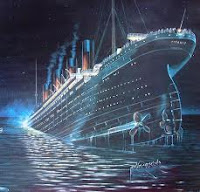 My great uncle, George Given, was booked to travel on the Titannic, but he was so eager to get to Canada that he travelled on an earlier ship instead.  What a providential move that turned out to be, eh?
Posted by Raymond McCullough at 22:19